My dream of singing, and how I fucked it up.

I’ve always been a big dreamer. Ever since I was tiny I wanted the best school, best job, I wanted to do and see it all. From BRIT awards to seeing every teeny tiny remote island and jumping out of planes for fun – you name it, its on my bucket list!

More specifically, singing for a living has always been my biggest dream. The idea of writing and recording music that makes people happy has been my intention ever since I saw my first Kylie Minogue video, and I’ve worked on this since I was in my teens. Writing music and sharing it is my own type of self expression, almost like journaling, it helps me process my emotions and leave certain things in the past when necessary. My intention is, and always has been to make a living performing, writing music, and living a full creative life. Hard work, let’s talk, and universe? Work your magic.

In my time working with my voice (although somewhat inconsistently) I’ve done some undeniably amazing things. I’ve sang to an audience of 6000 people. I’ve recorded with a BAFTA award winning producer on a charity single and a Grammy award winning producer on my own tracks. I’ve written and released my own music, toured the globe, played on the radio, and (most importantly) had messages from others saying that me shining my light is what inspired them to shine theirs. MIND BLOWN, that’s incredible. Lord knows I know how to work hard and following my passion has taken me to some awesome places.

So amongst all of this, how can I say I’ve fucked up?

Well big opportunities and big adventures cause BIG self doubt. Big questions, big doses of imposter syndrome. And with all this going on, I’ve definitely had these issues! Performing to 6000 people? I puked beforehand, thinking I didn’t deserve that gig. Recording in LA with a Grammy winning producer? Who was I to get involved with him? Surely I wasn’t good enough! Played on the radio? Gigging all over the country? Writing my own tracks? Not me, not me, not me. I had thoughts ever single time that I, simply put, was not good enough to do it.So I stopped.

I gave in to all the negative self talk. I said no to the gigs, or cancelled last minute. I stopped writing songs and blamed it on writers block. I pretended to everyone, including myself, that I didn’t want to sing. Because it was much easier than continuing to push! I got a serious job and jacked in my retail job that allowed me flexible hours to work on my music, and early shifts that left time for gigs in the evenings.

Naturally, if you give up something you’ve done your whole life that is a form of self expression, and a part of your identity, shit hits the fan. You may think you’re growing up by getting a corporate job, or being clever by saying no to creativity, but in reality you’re guaranteeing mental breakdowns, boredom, and crying to your boyfriend years later saying “what the fuck am I DOING?” (speaking from experience). So there, that was my big fuck up. I chucked all those years of hard work and proving that I could do it down the drain because I – what, thought I couldn’t do it? Even though if already been doing it? I know, it sounds crazy. It was, and I regret giving in to my doubt so easily.

The thing is with this, is that almost every creative person I know consistently wrestles with similar thoughts of self doubt. It doesn’t even just apply to creativity. Whether you want to act or bake or run your own business or be an accountant, we all get feelings that were not good enough all the time. (Cheers, subconscious). Its called imposter syndrome and its that person we all know very well, but hate when they show up to the party. And yet we all stand there, drinks in hand, pretending to each other that we don’t know imposter syndrome. Meanwhile they spend the whole night tormenting all of us unnecessarily and we don’t speak up because we’re scared they’re right.

So what’s the answer?

So if you’re sitting there wondering whether you should pursue that *thing* the answer is, undoubtedly, yes. In fact it’s probably dangerous to do anything else. I can’t tell you the amount of sad nights, depressed fuzzy moments, and periods of feeling negative about everyone and everything I’ve had that were all because I was ignoring my passion. It’s a difficult see saw of wanting to do something so badly, and being uncomfortable with the idea of doing it. It might be much easier short term to ignore your feelings but long term it causes damage.So at the end of last year, after some seriously low moods and crying spells, I decided to make a change. I hired a coach to keep me accountable. I invested time and money in myself, to set my intentions, to connect with the universe and what I wanted. I’ve honed in on who I want to be, what I consume, eat, do on a day to day basis and how it gets me to who I want to be. To be honest, I’m kicking my self doubt to the kerb as often as necessary and the more I practice doing that, the more I’m fucking unstoppable!

If you’re anything like me (and if you’re still reading, I bet you are) you’ve probably had these peaks and troughs of inconsistency too. What I’ve learned lately is that you can’t wait for inspiration or motivation to strike. You have to keep moving through each uncomfortable step until it becomes fun again. So even as I write this, thinking about the recording I have left to do on some new music and how scary that is to me, and how I don’t know why that’s scary (and that makes it scarier) I know the only way to enjoy it is to do the damn thing. Push past.I want to say “in the end, feeling the fear is a good thing” but I know this isn’t the end. I know I’ll never get to a place where fear doesn’t visit me unnecessarily, I just know I have to keep calling it out when it arrives and get back to what I’m doing. The more I do that, the easier it will be. The reason I think it’s slightly beneficial (because it’s much better to look for the positive than see all that fear as wasted time) is that by looking at it properly, I can see my goalposts. The amazing things I’m randomly scared of are the ones I should be running at. So should you be – and take the thoughts you’ve had about whether you can do it and work those out too. Where do they come from? Have a heart to heart with yourself until you find out exactly what it is you’re longing to do.

Thank you so much for reading! What are you scared of? What are you putting off doing that you know will make you happier? Tell me in the comments! 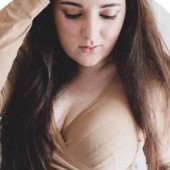 BURNOUT: A day in the life of a desperate singer

Self Belief: How I lost mine (and am getting it back!)

Using your VOICE to heal your trauma.

From Cadbury to Cali: Winning a 5* singing experience!